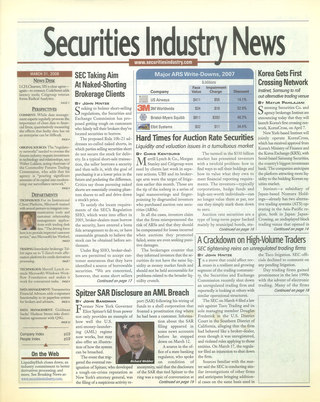 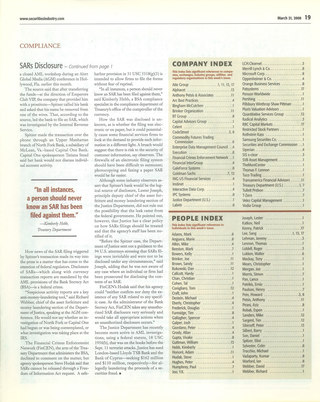 Former New York Governor and Attorney General Elliot Spitzer may have been on the wrong side of the law when a Suspicious Activity Report (SAR) filed against him was discovered after his bank flagged a wire payments he made to a sex worker he had hired. According to New York State law enforcement sources who spoke on condition of anonymity, the bank was tipped off when Spitzer tried to have his name removed from the wire after the money was sent.

At the time, Suspicious Activity Reports were coming under added scrutiny in the wake of the 2001 terrorist attacks on the World Trade Center, the London Underground and elsewhere.

Disclosure of a SAR is a Federal crime. Any role Spitzer may have had in disclosing the SAR filing has not been publicly revealed.