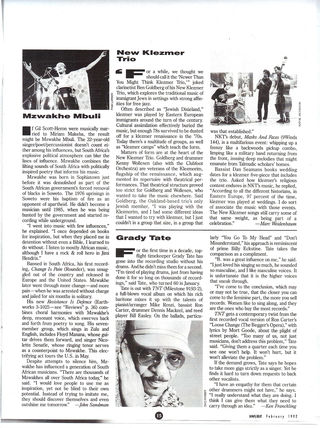 Earthworks' catalogue was first available in the United States on Shanachie Records, and included LPs by Hurricane Zouke, the Kings and Queens of Township Jive and the Indestructible Beat of Soweto compilations, featuring Ladysmith Black Mambazo, Malathini and others.