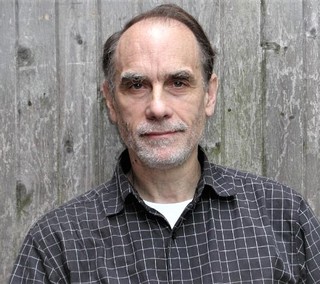 John Sandman began in journalism with the Canadian Broadcasting Corporation in the 1980s, producing documentaries for the CBC radio show Variety Tonight on doo wop music and their rhythm and blues counterparts that were eclipsed by the Beatles and the British Invasion of the 1960s.

He wrote for Goldmine, Down Beat, the North Jersey Herald & News, where he covered the arrest of Al Poro, a Mob-connected lawyer and business partner of New York Giants football player Lawrence Taylor, Pharmacy Practice News, the Gerogia Straight and other publications. Many no longer exist, including Advanced Trading, Brooklyn Bridge and New York Newsday.

During the 1990s, he wrote about the public health aspect of the AIDS crisis for New York Newsday, The New Jersey Reporter, The Albany Times Union, The Journal of the International Association of Physicians in AIDS Care, The Journal of the Association of Nurses in AIDS Care, Advance for Health Information Professionals and Health and Development Report, edited by then-New York City Health Commissioner Thomas Frieden. The focus was on a policy debate over anonymous HIV testing versus name reporting to government health departments. HIV testing regimes included those of state health departments in New York and New Jersey and the national policies of the Dominican Republic and South Africa.

At London-based Waters Risk, now Waters Incisive Media, he covered the arrival of digital technologies on Wall Street and electronic communications networks (ECNs) which enabled trades to be executed on computers and were among the first disrupters of floor-based exchanges. He also covered the role of venture capital in financial technology start-ups at the turn of the century.

As standards editor for Security Industry News, once owned by the Thomson Financial, a Thomson Reuters precursor, he was part of a team of reporters that won a 2002 Jesse H. Neal/American Business Media award for coverage of the 2001 attack on the World Trade Center and its impact on the people and infrastructure on Wall Street. He wrote about operations, technology and compliance in the securities industry, from trade execution and settlement and the rise of High Frequency Trading to the Treasury Department’s anti-money laundering/terrorist financing initiatives and the implementation of the USA Patriot Act by banks and broker-dealers. The paper closed in 2010.

He later wrote for London-based Investor Services Journal and Global Securities Lending, US News & World Report, AARP Magazine and other publications. He went on to cover subprime finance, mainly payday loans and auto title loans, with a grant from the Nation Institute. A story on internet payday lending in New York that appeared in City Limits won a Society of Silurians award in 2013.

He also covered the student debt crisis at TheStreet.com for four years, along with the role of the U.S. Department of Education, for-profit colleges that defrauded their students and student loan servicers hired by the federal government to collect payments, plus the rise in student loan balances in the aftermath of the 2008 financial crisis.

From 2018 to 2019, he wrote for Property & Casualty Specialist, a B-to-B publication owned by the Financial Times covering the personal lines insurance industry. He received a grant from Freelance Investigative Reporters and Editors, part of Investigative Reporters and Editors, to research and write about InsurTech, a trend where insurers migrate from a salesforce-based model working with phone and paper-based transactions to smartphone apps, part of the on-demand economy.

His 2021 article in The Wall Street Journal about people who rent their homes to film and TV producers for location shoots was the first comprehensive story on the topic since a 1991 piece by Ruth Ryon, the Los Angeles Times' celebrity real estate columnist.

A long-time resident of Brooklyn, New York, he's published seven novels, including Debt Collectors in Love which appeared in 2018 and concerns the student loan crisis and the role of loan servicers, seen from the point of view of a borrower. The book also looks at the impact of social media on journalism during the early part of the last decade.